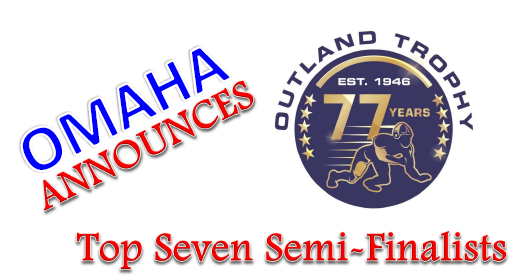 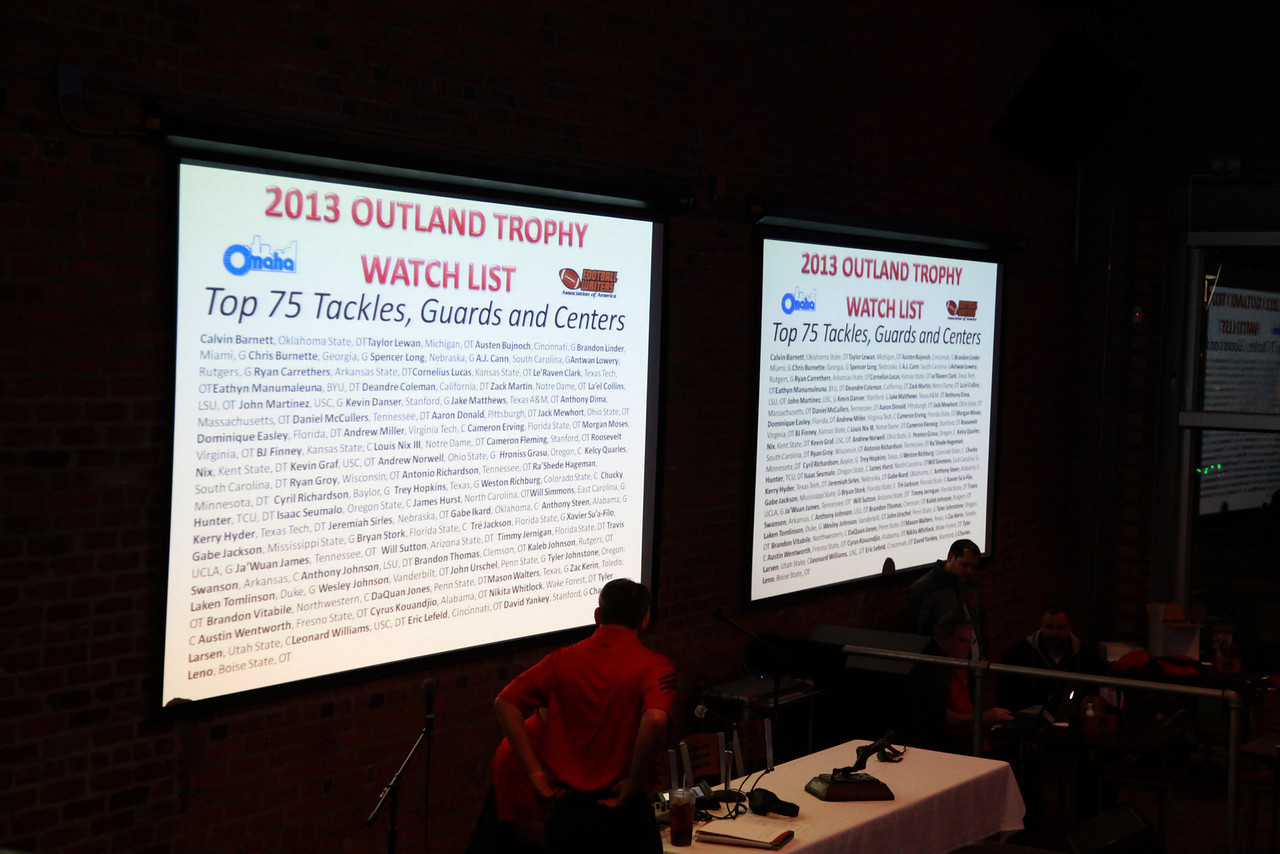 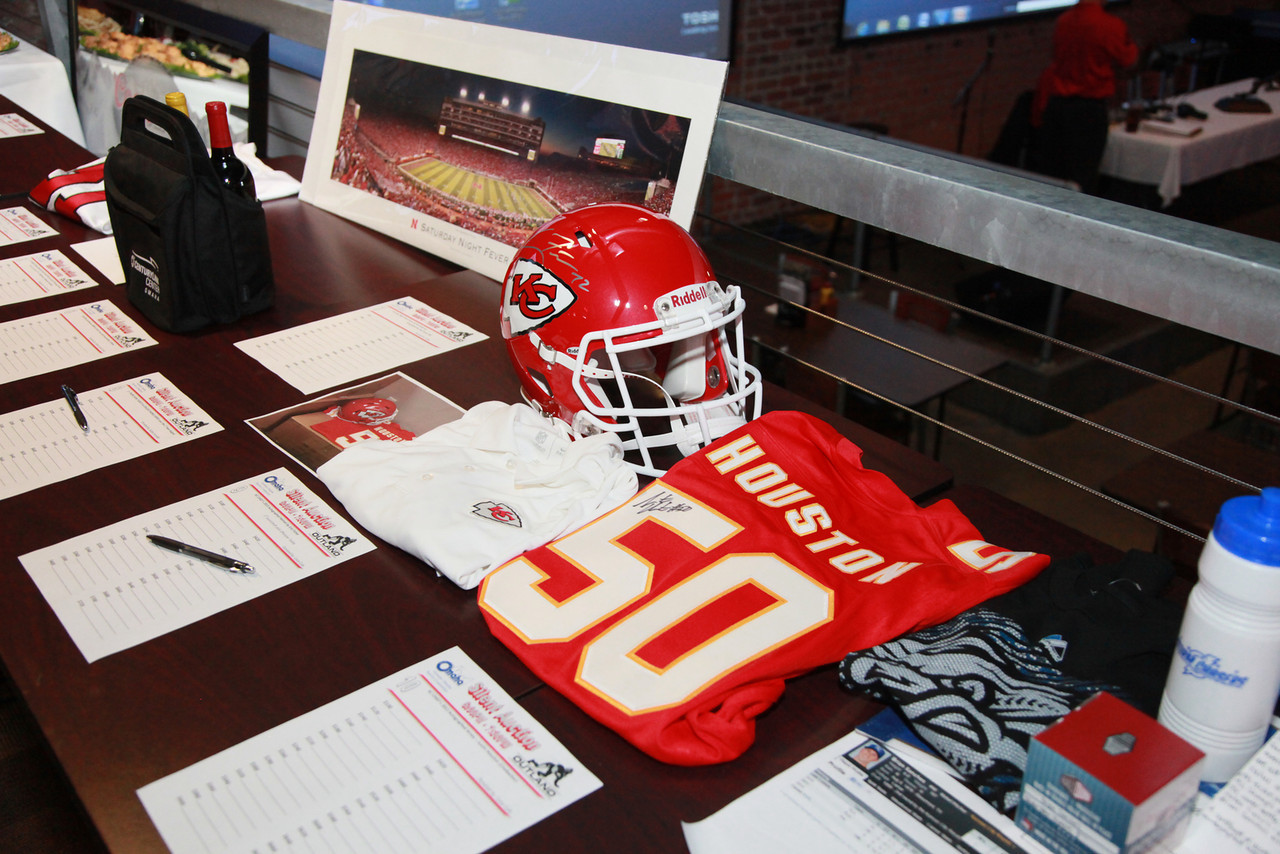 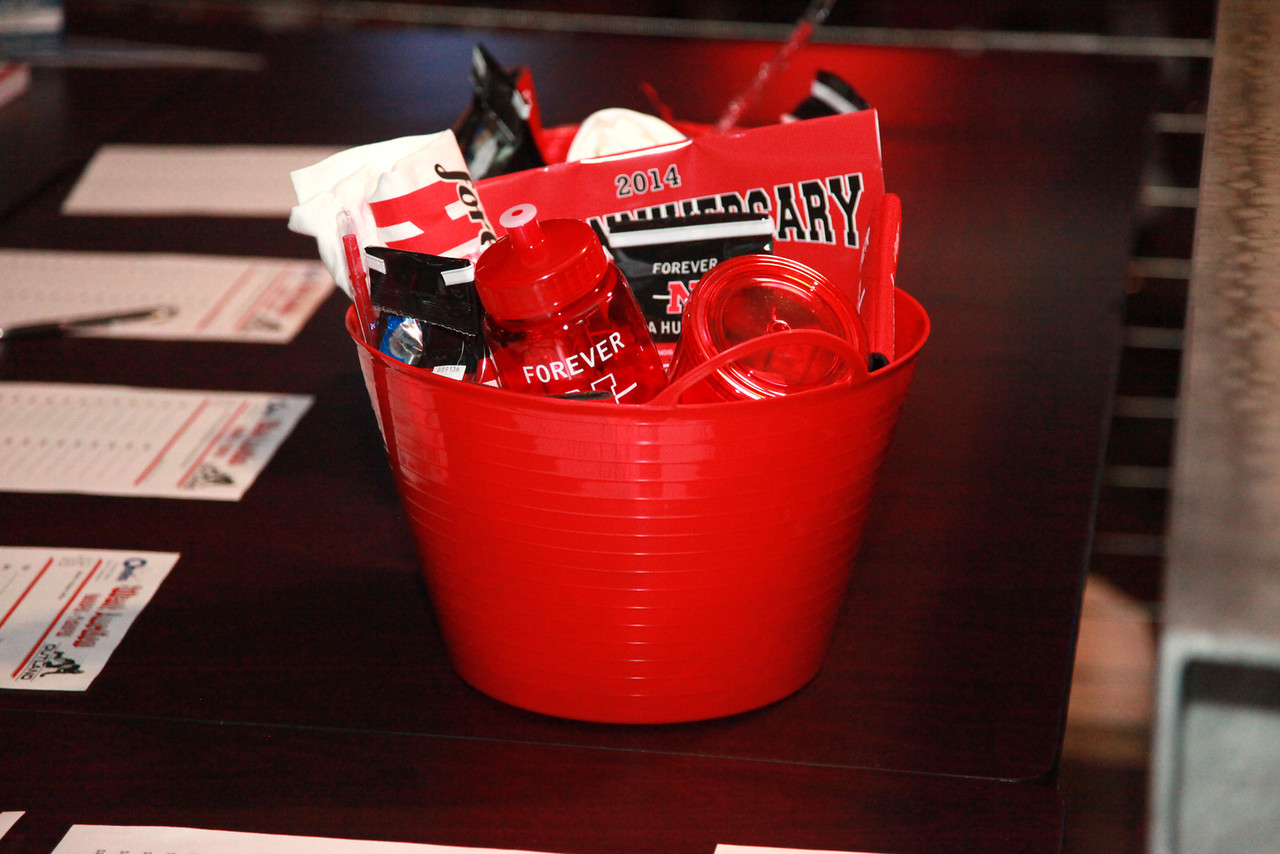 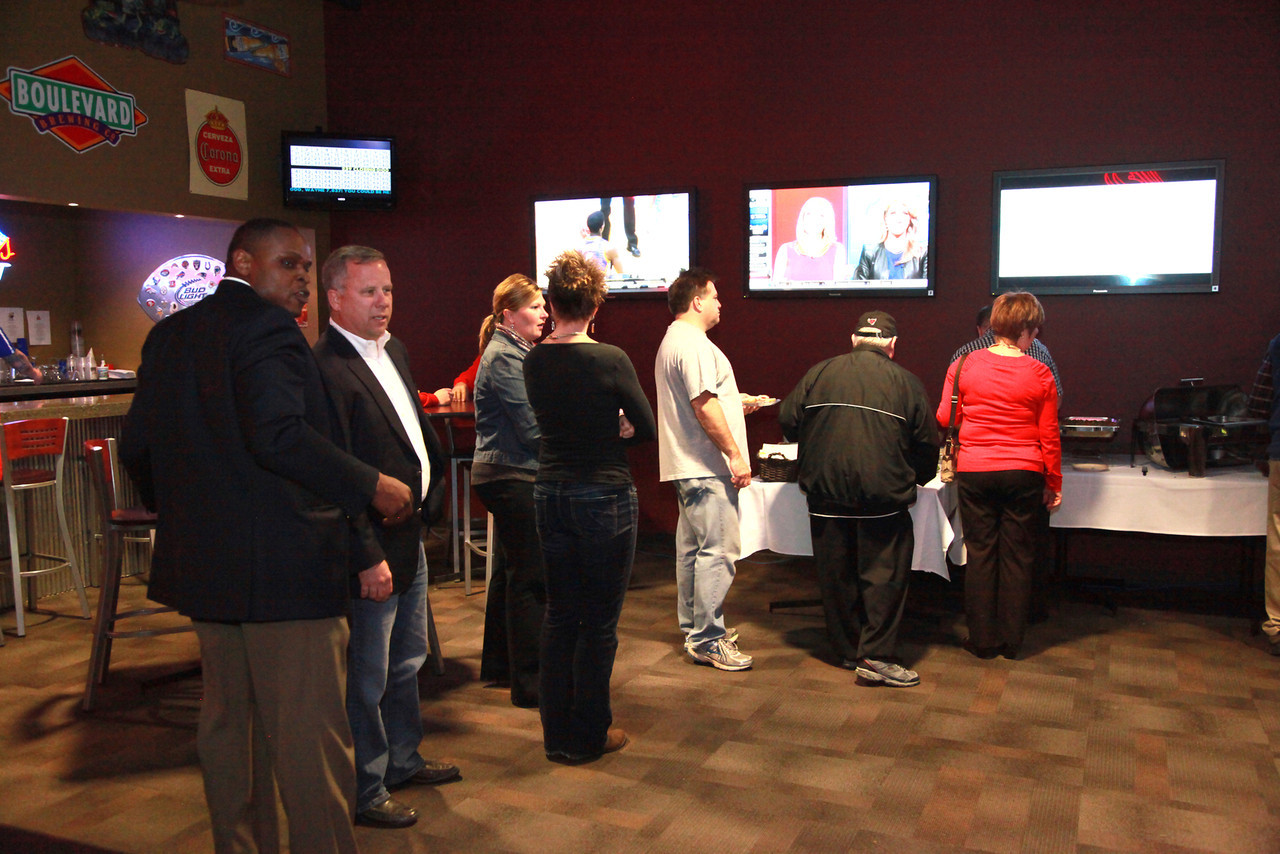 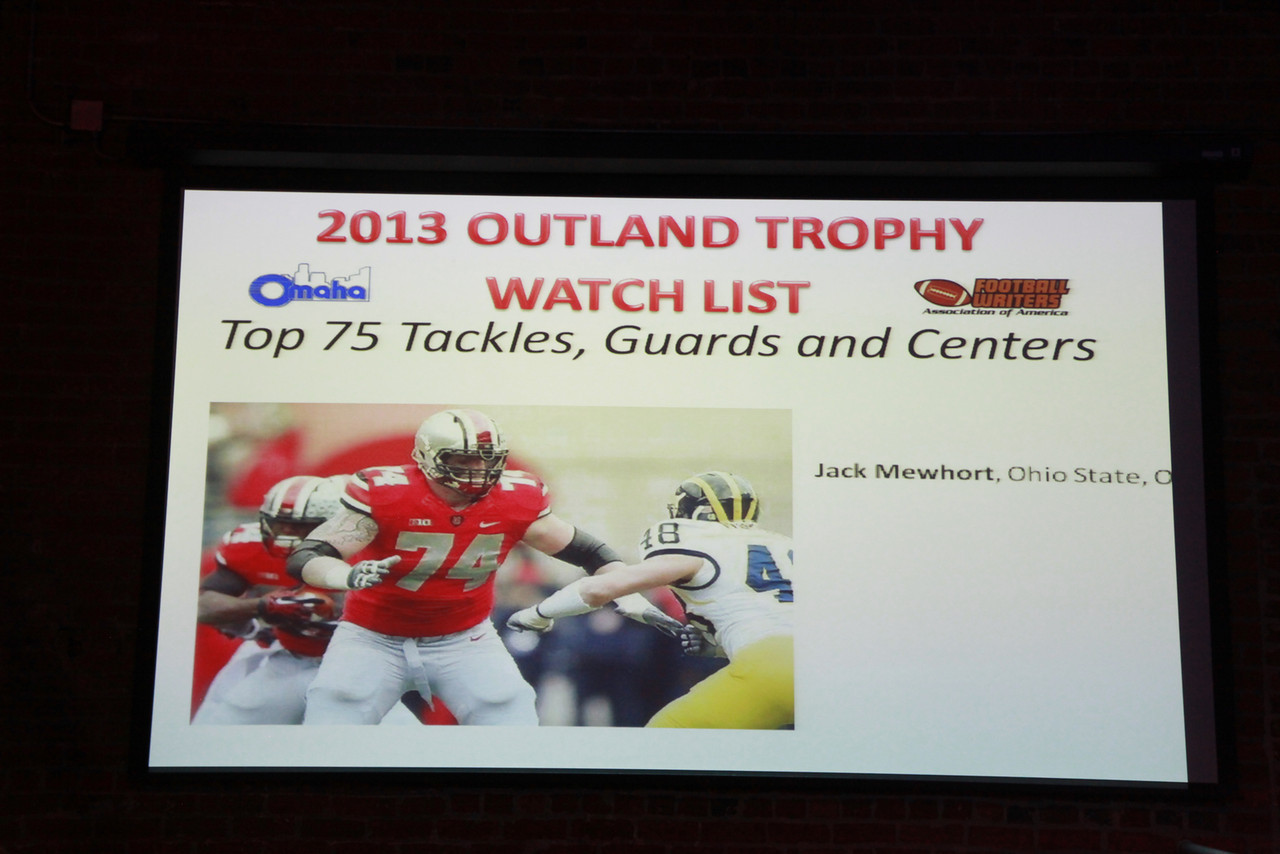 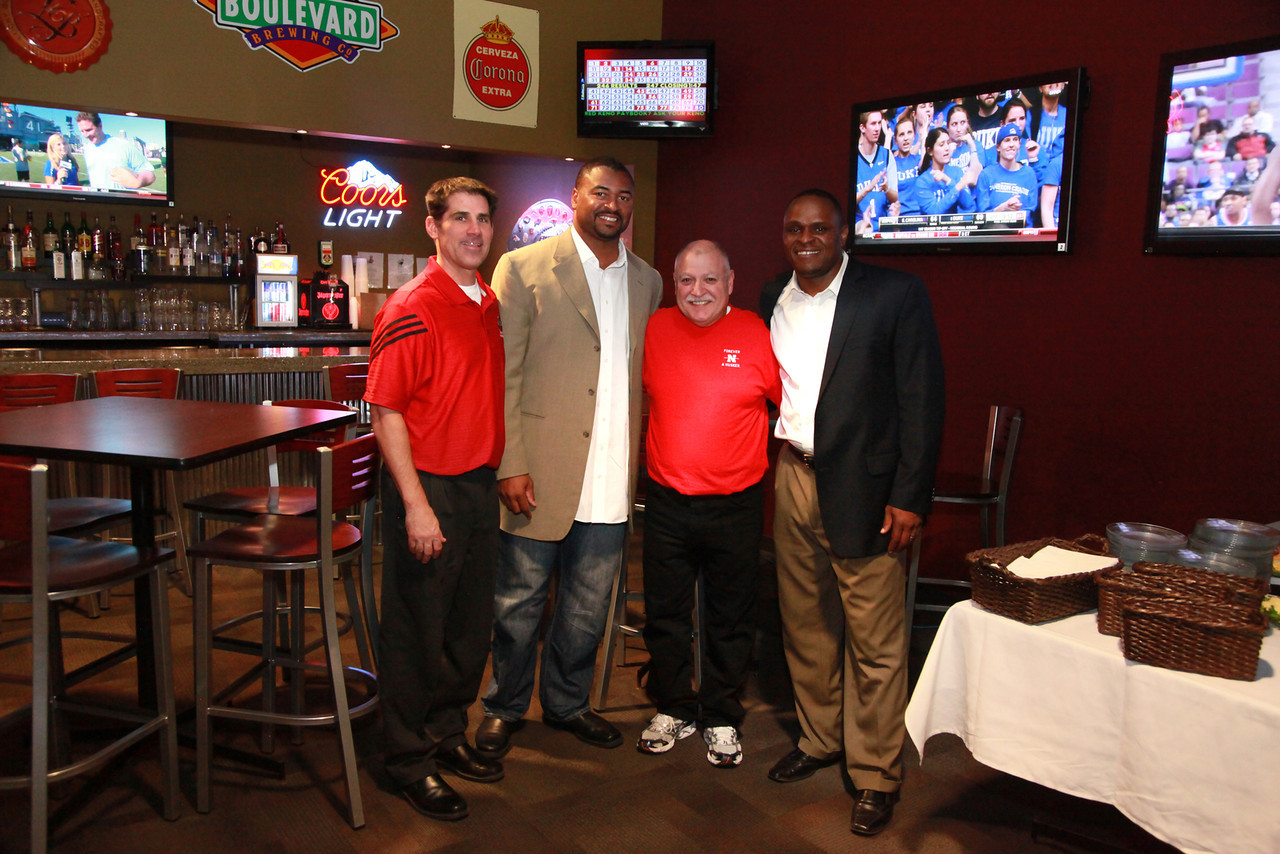 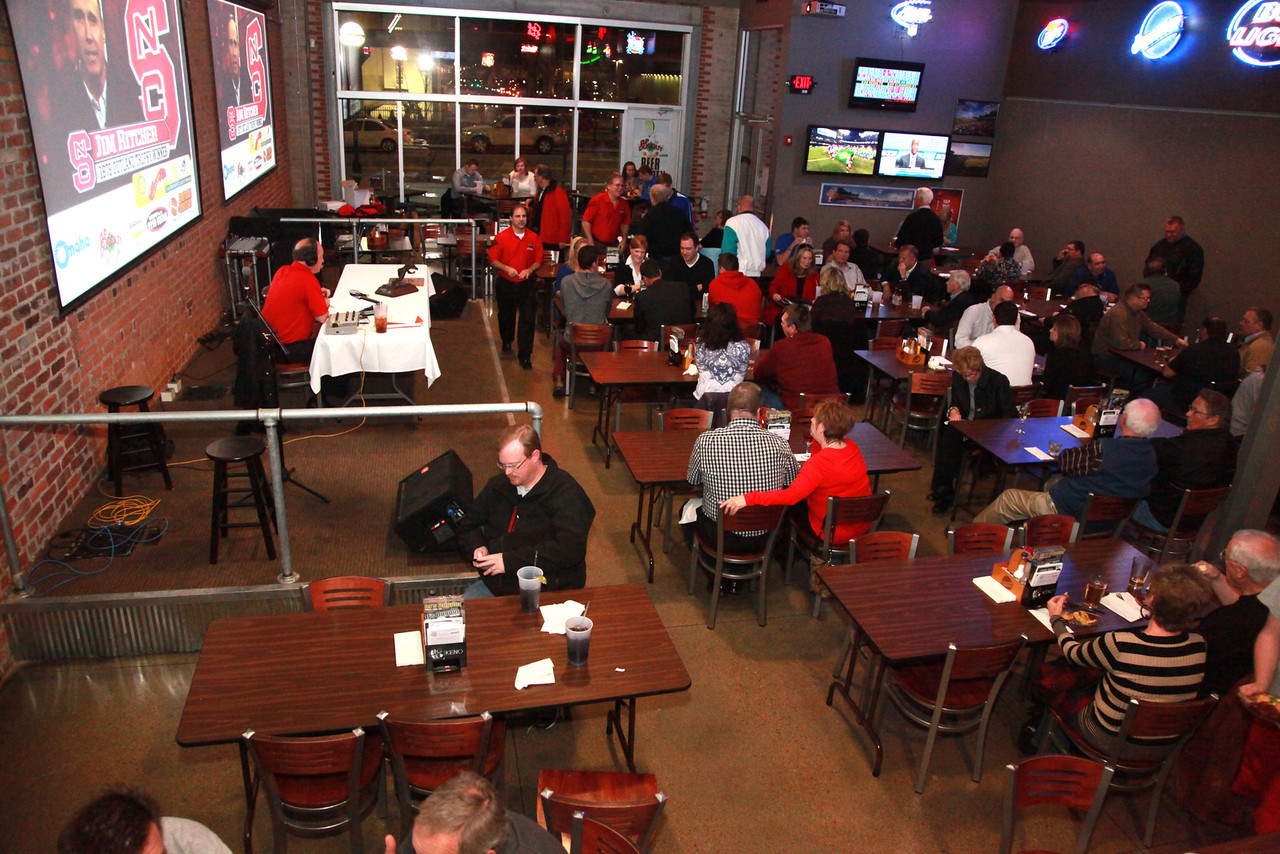 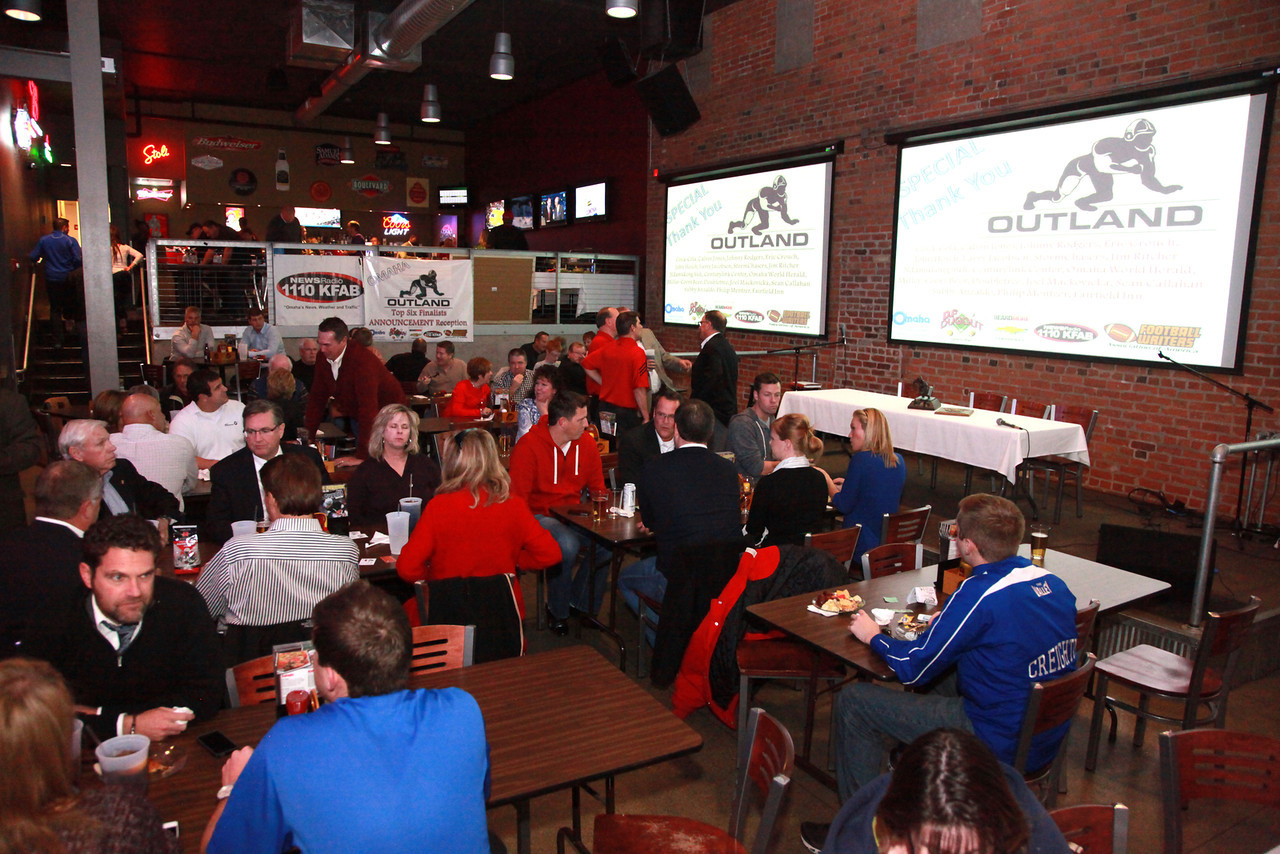 The 9th Annual Outland Semi-Finalists Announcement Reception in Omaha made national news! "LIVE FROM OMAHA NEBRASKA," the Greater Omaha Sports Committee Officially announced the Seven Semi-Finalists for this year's Outland Award Trophy from the 2022 Outland Watch List. The Outland Trophy Award Dinner's emcee, Sean Callahan, from HuskerOnline.com was the event's Master of Ceremonies. Sean's interactions with the Semi-Finalists made for a Great Evening.

The evening plans included a number of familiar faces in the Omaha Sports Community including, Tom Shatel of the Omaha World-Herald, members of the Outland Trophy Award Dinner Committee, Rotary Club of Omaha -Downtown and the Greater Omaha Sports Committee. Husker Greats also were in attendance including Larry Jacobson, Tony Veland and others. The Outland Dinner Committee would like to Thank our Reception Sponsors Werner Enterprises, Coca-Cola, Coors Light, Dos Equis.

Tickets were only - $15, each ticket included 2 Beers and a special door prize drawing.

The Greater Omaha Sports Committee is excited they had this opportunity to recognize these outstanding players that could become the 77th winner of this prestigious trophy, which is the nation's third oldest college football award. The Outland Trophy Award Dinner Sponsored by Werner Enterprises, hosted by Omaha for over 25 years, will be presenting the Outland Trophy again this year, Wednesday, January 11th, 2023, at the Hilton Omaha Hotel Downtown in Nebraska. These unsung heroes deserve attention and recognition for their hard work, sweat and blood, poured into battle every Saturday for a game that is won or lost in the trenches. The one that rises to be the Best, the unsung hero, the Outland Winner! This Announcement will lead into ESPN's announcement of the three finalists for the 2022 Outland  and winner is announced on the Home Depot College Football Awards. The Outland Trophy Award Dinner Sponsored by Werner Enterprises will be held in Omaha on Wednesday, January 11, 2023, at the Hilton Omaha Hotel Downtown.

For the 26th consecutive year, Omaha will present the Outland Trophy Award to college football's top interior lineman. This year the Outland Trophy Award Dinner Sponsored by Werner Enterprises and produced by Greater Omaha Sports Committee will be held Wednesday, January 11th, 2023, at 7:00 pm, at the Hilton Omaha Hotel Downtown, 10th & Cass Streets. Tickets are $100.00 and tables of ten sell for $1,000.00.  Also appearing at the dinner for the 25th straight year will be the winners of Nebraska's football senior awards - the Novak Trophy, the Chamberlin Trophy, the Cletus Fischer Native Son Award and the New Cornhusker Award. UNL Football Coaches and UNL Assistant Coaches will be invited to attend, and sponsored by Omaha Downtown Rotary, we will also honor the 9th Tom Osborne Legacy Award recognizing their contributions to College Football and as a “Winner On and Off the Field”.

The Greater Omaha Sports Committee, a Non-Profit 501(c)3 organization founded in 1977.  The Committee consists of more than 1300 men and women. The membership includes key executives in all areas that involve Sports.